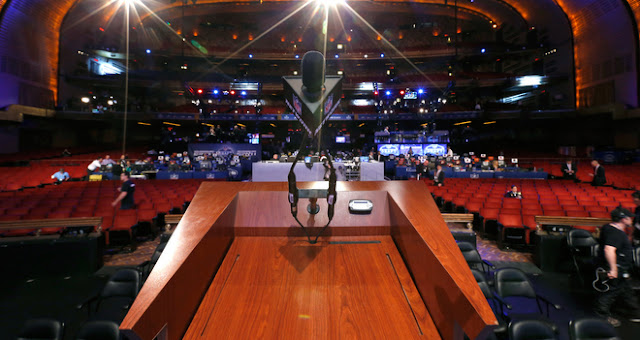 In sports competition, few athletes who show themselves to be exceptional prodigies are granted the rare privilege of taking their talents to the professional leagues.
They begin as freshman/school students, having to work their way up the ranks before entering college where further sifting takes place to separate the very good from the exceptional players. From this point they begin to be put under a microscope with their play critiqued, measured and evaluated to determine who has what it takes to survive and thrive in the major leagues.
For those who are tried and proven at the elementary level, professional teams begin to show interest in their abilities. Abilities that are believed to be of extra-ordinary talent and when these circumstances present themselves, the athlete is advised to declare for the official draft which will open up the athlete’s ability to be signed onto a pro-level sports team with the ability to earn millions to hundreds of millions of dollars, fame, fortune and favour at unprecedented levels. 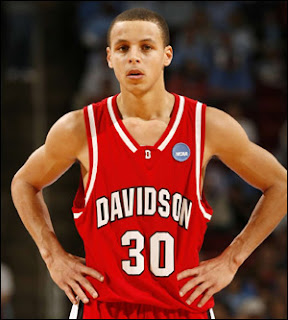 Pre-draft prodigy, Stephen Curry at Davidson College
However the transition between the minor leagues and the major leagues is a process not all athletes are fully prepared for and some fail to adequately move into the major leagues before falling at the next level. As their environment becomes more competitive and pressure begins to mount at higher amounts, some athletes fold under the pressure and are unable to successfully experience what it means to receive the infinite benefits of declaring for the draft and becoming a major athlete. These players simply were not ready for the draft.
Therefore today in the mission of preparing you to declare for the draft in your life (to transition from the minor leagues to the majors) I would like to outline the 4 key training drills that will test you to see if you are ready to declare for the draft and transition into the major leagues:
1.   Have more ambition than skill (More vision than resources)
Many look to the future with uncertainty, fear, laziness or complacency of their achieved skillset, being content that they have come far enough and no longer have motivation or belief that there is more for them at the next level.
If you’re to not only survive, but thrive and excel post draft in business, education, health, socially or in work you’re going to need to have more vision than resources (more ambition than skill).
Having a vision for where you want to be and achieve in the years to come will serve to propel your productivity forward to obtain the resources to make your vision a reality just as ambition will serve an athlete to improve their skillset.
2.   Find your coach (Role models and mentors)
When you’ve declared for the draft and are drafted by a professional team (e.g. dream job, new opportunities, powerful goal) it’s time to find and study the coach’s playbook. The coach’s playbook has years, decades and centuries of experience to share, a prideful player will block their ears to what wisdom the coach can show them.
The “soon to be star” however will come in eager to learn, with more vision than they have resources and take advantage of past knowledge for their gain, accelerating their progress and getting them on the fast track to success.
This can be people who have achieved what you wish to and have further understanding of the area you are wishing to learn.
3.   Train with pro-players who are further ahead than you (Upgrade your peers)
Up next, you will find your immediate training environment will begin to reflect a higher skilled arena with other exceptional players who are just as good if not better than yourself.
They are those you need to train with. Different from your coach, pro-players and teammates are sparring partners that will test you competitively and refine you as iron sharpens iron, motivate you on off days and keep you accountable and you to them.
4.   Leave the minors (toxic environments)
Lastly, leave the minors!
Once you’ve declared for the draft, there’s no use training at street parks and old gymnasiums when a perfectly good professional gym is now available at your leisure. Playing on bad courts and with amateurs is a good way to injure yourself or be injured by others and suspend your growth as a professional moving forward.
In translation this refers to the wrong past life environments and decisions you've made and were a part of that have no place in your new professional career.
If you wish to be the best, you need to beat the best and to beat the best you need to be around the best. Every once in awhile having a shootaround and playing for fun is needed but the rate at which this occurs will need to drastically change if you wish to see change in your life you so truly deserve and desire.
Take the final step and fully submerge yourself into the big leagues!
Practicing these 4 key training drills will properly prepare and test you to declare for the draft and transition to pro-level lifestyles.
Years down the track you will be able to look back on how far you’ve come, from an amateur to a superstar in your field, now being able to fully experience what it means to receive the infinite rewards of having declared for the draft.