The Art of Role Play 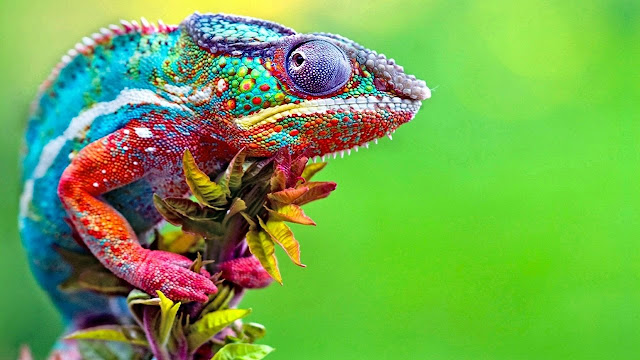 “Know your role”. A phrase that is used with both positive and negative implications, at times stating an individual is trying too hard, doing too much or stepping out of the box others have created for them. At other times the phrase is something perhaps a well-seasoned professional will express as why they/their team are able to consistently perform at high standards.

But exploring why this idea is critical in the success of executing a vision, is what I would like to expand upon and dive more deeply into.

Have you ever been someone who believed themselves to be a highly outgoing or competent individual in your own particular social setting until you were made to step into a new environment where your original skill-set seemed to not transfer over?

You now weren’t the funniest among the bunch, or the best looking, the smartest, most daring or most charismatic. And when in this new setting, you seemed to reduce to a more primitive, lesser version of yourself when in the presence of these new individuals who were perceived to display greater qualities than yourself.

The same can work in reverse where new circumstances show you display areas of yourself you didn’t realise were there, taking on more social or professional responsibility. This can relate to why people start new lives in different cities where they can re-create themselves as whoever they want to be without pre-existing titles being held over them from their past.

Many people when faced with this situation, do either of 2 things:

Neither choice, would I state, is inherently wrong, though I would put forth that the wisdom to know which choice to apply can be vital to the success of any given mission.

In acting terms, you wouldn’t cast a protagonist for a movie then proceed to have extras take up all the screen time.

In sporting scenarios, you can’t run the offense, the defence and coach the team unless your Lebron James.

To do so may neglect other areas which are important to the functioning of the system you’re in and leave room for overall failure.

That being said, taking the idea from less purposeful aspects in our lives and intentionally applying it to our dreams and goals will serve to accelerate our progress and help us understand reasons for setbacks.

I remember for the first time seeing one of my leaders and mentors in life transition in between the role of a leader and the role of an entertainer, from being a facilitator and a background servant leader in usual group meetings to showing a strong humorous and carefree side of himself and being the main source of comedic relief when in the presence of other leaders.

I was intrigued and excited to see how he played the game, whether consciously or subconsciously, exhibiting vitality in an area he lets lie dormant when necessary to ensure the right processes are followed in his own meetings. I knew this is why him and his team have great success and retainment of members, as if he chose, he could make sure to show this side of himself all the time, but instead pick and chooses for the sake of what he viewed as bigger than himself and necessary for the cohesion of the group.

This is emotional intelligence that those seeking to reach their determined goals could more often utilize to reach the heights they desire in their lifetimes as people can tend to seek their own glory at the detriment of their own goal as they begin to resemble this behaviour:

One of the best known analogies is the relationship saying “would you rather be right or be happy?”. The phrase stating the well experienced life lesson that sometimes it’s better to keep the peace of a relationship by not trying to always prove yourself right at the expense of your counter-parts self-esteem and the tension of the relationship.

Sure you can prove your worth and skill set by demonstrating every talent you possess up your sleeve but at the same time this may result in lower team moral, development and chemistry as opposed to willfully taking a back seat to feed the vision that you’ll need support and teamwork to ultimately achieve.

If you are looking to reach new heights and achieve new successes then knowing the art of role play is paramount for tackling that dream, knowing when to assert yourself to the forefront to inspire others and when to operate in the background and humbly provide support for the sake of other’s development, when to work from your pocket of strengths and when to focus more on growing in your areas of weakness.

The specifics of knowing when and which role to play will come through experience and building an understanding of the unique qualities of yourself, the people and the environment around you, but becoming aware of and practicing to be alert and sensitive to the opportunities they present is the beginning of gaining that understanding.

I hope a takeaway from this is for you to go out into your community more aware and reflective on what role you're playing in the attainment of your goals and what role you need to be playing continuing forward, whether to diversify and expand your approach more for development or to zero in further on a singular role and see the results that take place within due season.

What it looks like in our lives will vary from person to person so I would love to hear your own experiences, results and insights of having to practice the art of role play in different areas of your life and how it works/has worked for you.